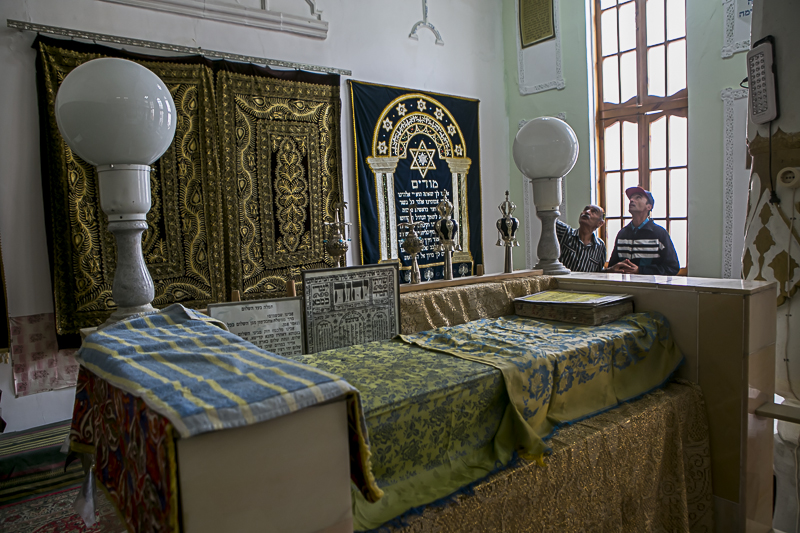 The creative teams work productively: under the Jewish national cultural center of Uzbekistan there are the folk dance ensemble “Shalom, Tashkent”, the clubs—“You are not alone”, “Parents of children with disabilities”, “Looking for you”—for help in finding of relatives lost abroad, “Rahamim-Mercy”—to support all needy people. 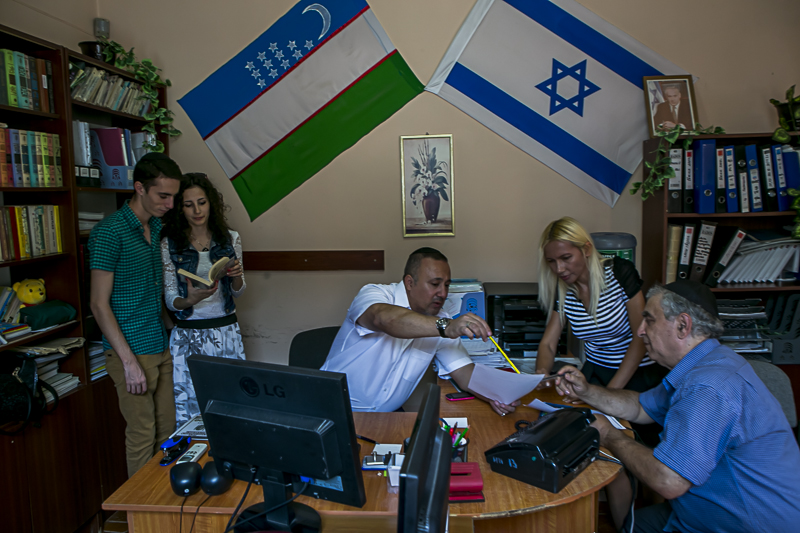 In Navoi there is the club of elders, children’s studio “Shemesh”—the “Sun”, the volunteer group. In Tashkent there is the club “Today in the country and in the world”, and the cycle of lecture and concert programs “Crossroads” is dedicated to the work of writers, artists, musicians whose fates in different times had crossed in Tashkent land. In Fergana there are the clubs: learning traditions and rituals, cooking national dishes, handicrafts, folk dancing and singing, bringing together the representatives of different nationalities. In Samarkand the center implements the cultural-educational program “Warm house”. 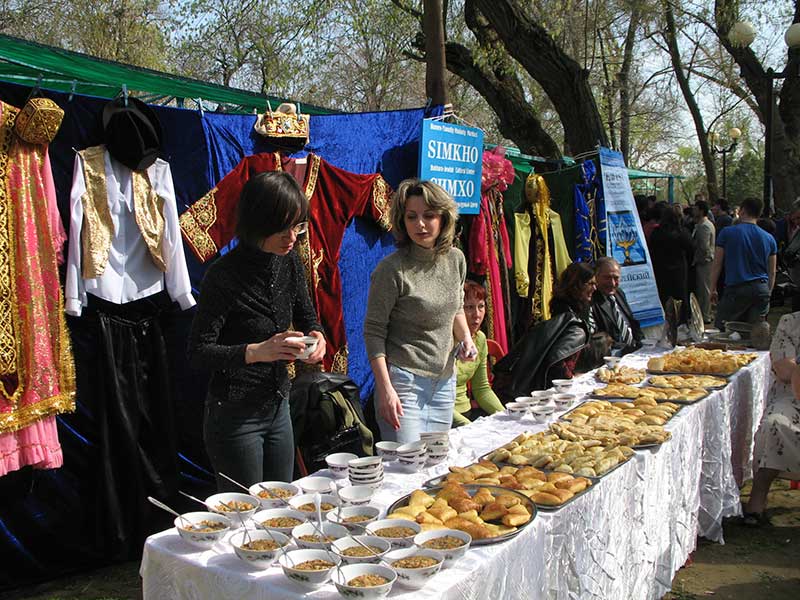 Among the main sights of Bukhara city there is the specialized school with the study of Hebrew, the synagogue, the cultural center of Bukharian Jews “Shalom” and the charitable center “A-Maayan”. These are the reference points of the existence of local close-knit community of Bukharian Jews, one of the oldest in the world since the times of the Great Silk Road. 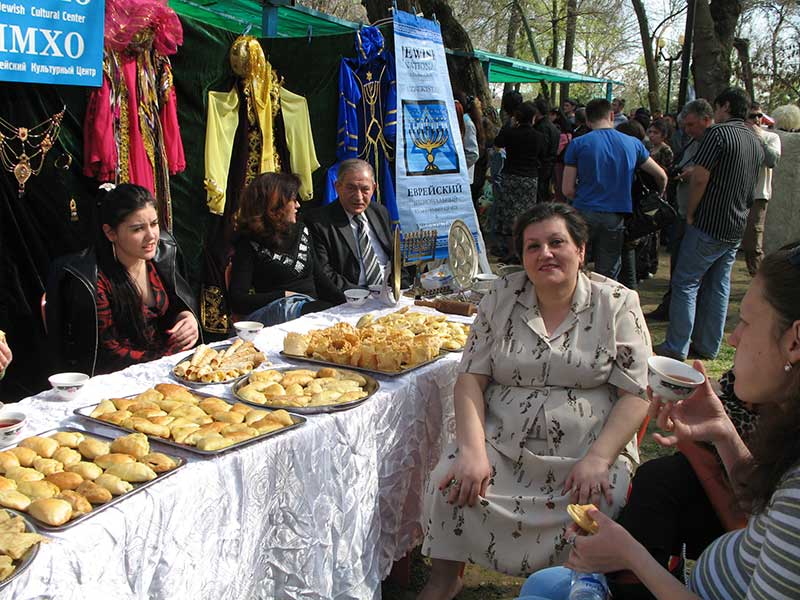 In all centers, the heroes of the anniversary are honored, the exhibitions of folk art, meetings with poets, writers, artists of their nationality are performed, the performances of children’s and youth groups take place—in such a way the continuity from generation to generation and the love and respect for the past is transmitted. In the days of national holidays—Rosh Hashanah, Yom Kippur, Sukkot, Hanukkah, Tu-bi-Shevat, Purim, Shavuot, Pesah—carefully preserved folk costumes and paraphernalia are used, the traditional dishes of the Jewish cuisine are promoted.