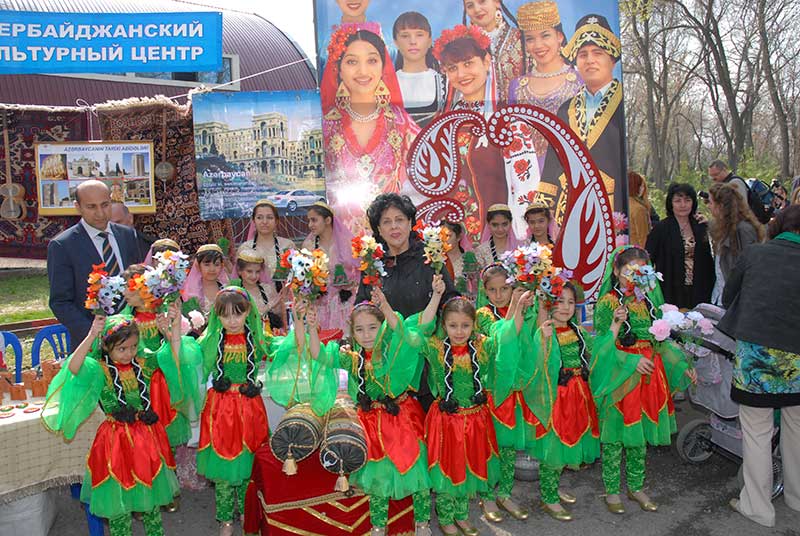 For everyone wished—regardless of nationality—the center has opened: the class for learning Azerbaijanian language, clubs on dance, crafts, computer class. Traditionally the exhibitions of applied art and national cuisine are held, the holidays Azerbaijanian song and dance are celebrated, where the leading focus is set by the center of the ensemble “Azerbaijan gyzlary” (Tashkent) headed by the honored artist of Azerbaijan Aliyeva Kokyab. The art collectives “Gardashlyk”, “Hearth and others shine with original art. The talented performers from Tashkent and other cities are welcome and regular participants of the national holidays of Uzbekistan: the Independence Day, Navruz and others. 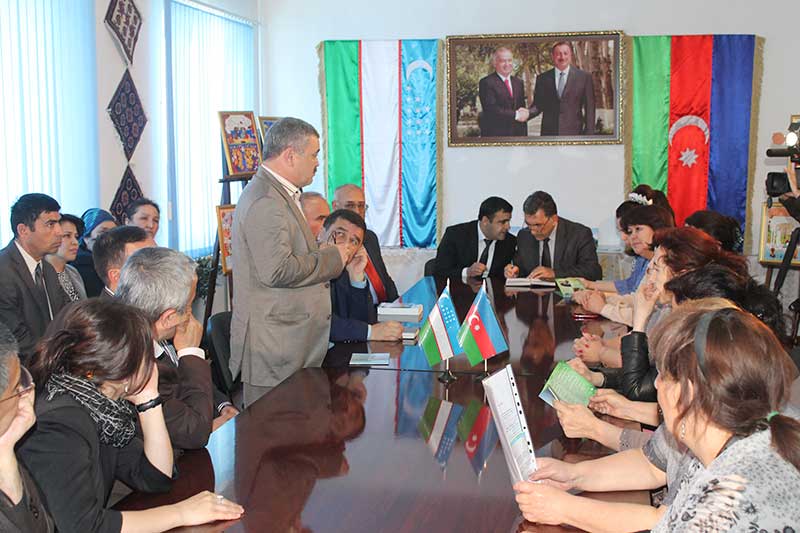 Annually jointly with the Azerbaijanian Embassy the center organizes concerts of famous performers of folk and classical art from Azerbaijan. Developing and strengthening the international relations, the center contributes to the process of interaction and mutual enrichment of cultures, strengthening of friendship and cooperation between the peoples of Uzbekistan and Azerbaijan.
The exposition of the Uzbek–Azerbaijan friendship in the building of the center tells about the cultural ties of the two nations dated from the very ancient times. One of its exhibits is the picture of stone amulet in the form of two snake of the second Millennium BC from Fergana valley—remarkably similar to the talisman from Azerbaijan.
Special attention is paid to the development of creative potential of youth and getting higher education by them. Actively operating Youth center participates in charity events, children’s holidays arrangement, honoring notable members of the diaspora, in the number of which there are people’s artist of Uzbekistan and Azerbaijan Firudin Safarov, the double world champion in free-style wrestling Mais Ibadov. Helping the implementation of various projects, young people in the center acquire new friends, make family couples, celebrating the wedding according to ancient folk customs.
The center organizes numerous competitions in athletics, mini-football, games of checkers and chess, and in cooperation with the Association of wrestling of Uzbekistan—the tournament on Greco-Roman and freestyle wrestling.
Today the center operates in six regions of the country—Bukhara, Navoi, Samarkand, Syrdarya, Tashkent regions and Tashkent city, and directs its work for the implementation of common goal—building state with the great future.