The formation of the Tatar population within the territory of modern Uzbekistan is rooted in the middle ages. The similarity of the Uzbek and Tatar languages, cultures, common religion, and mixed marriages had beneficial impact on the rapprochement of peoples.
In 1990 in Tashkent city the Tatarian public cultural and educational center was established. Here, for the purpose of conservation and enhancement of indigenous culture, traditions and customs of the Tatar people the work for learning the native language among children and youth is carried out, competitions of folk songs and dances performers . 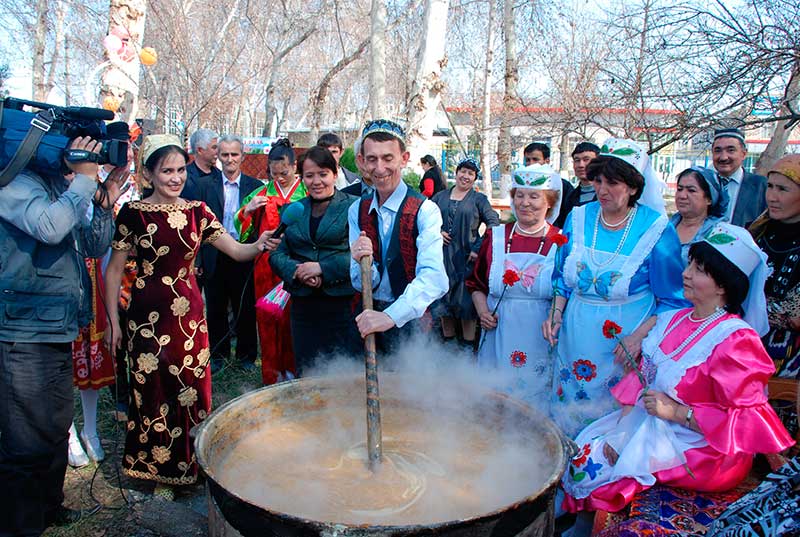 All projects of center are held with the participation of representatives of other ethnic cultural associations, and the holiday Sabantuy has become truly international. According to beautiful ancient traditions the ancient holidays are celebrated: the holiday of plough and spring—Navruz, of harvest—Unysh Bayrami, the modern color to which are made by the performances of ensembles “Yashlek”, “Duslyk”, “Yaktashlar”, “Bulgar”, “Biznen Miras”, “Leysan”, “Izginur” and others.. 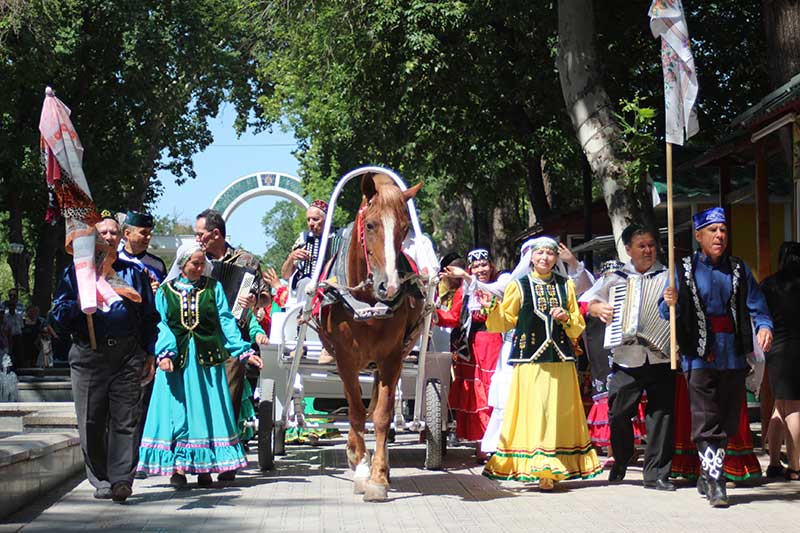 The traditional events take place in honor of national writers, poets, prominent public figures, including Gabdulla Tukay, Musa Dzhalil, Gayaz Iskhaki. Along with them the creative evenings dedicated to the life and work of Alisher Navoi, Amir Temur, Zahiriddin Babur, Gafur Gulyam are held.
The young activists of the center believe that to help others free of charge is the movement of the soul, the call of the heart and the formula for happiness. They regularly arrange the charity events for veterans of war and labour, visit specialized children’s institutions and nursing homes.
Today in the republic the Tatarian centers are operating in Jizzakh, Khorezm, Fergana regions and in Yangiyul city. Along with them there are Tatar-Bashkir national centers in Bukhara, Kashkadarya and Samarkand regions. All of them, like other ethnic cultural associations of our country—are the carriers of public diplomacy: make the significant contribution in strengthening of interethnic harmony, tolerance, development of cultural ties between Uzbekistan and the Republics of Tatarstan and Bashkortostan. 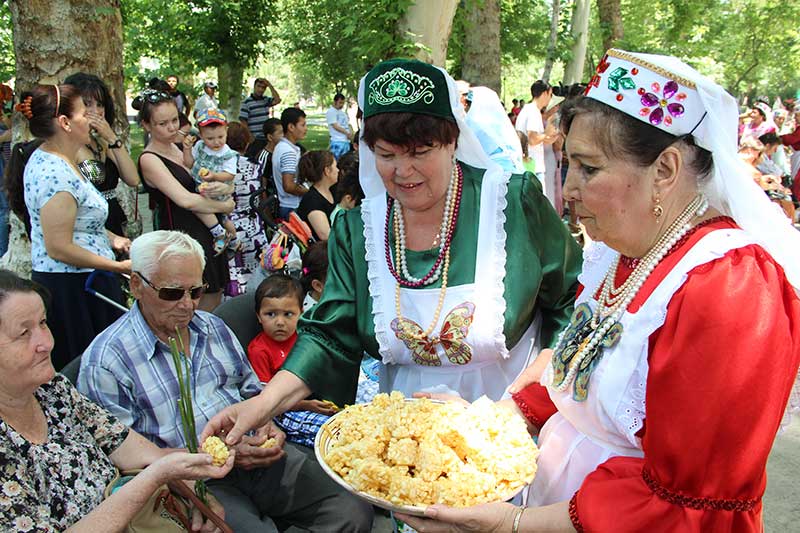