On August 14, President of the Republic of Uzbekistan Shavkat Mirziyoyev became familiar with presentation of projects to expand the tourism potential.
The suspension of international flights and introduction of restrictions on traffic due to the coronavirus pandemic has had a strong negative impact on tourism sector around the world, including in Uzbekistan. More than 1.5 thousand tour operators and 1.2 thousand hotels in the country had to stop their activities. This situation has affected the employment and income of thousands of people in trade, handicrafts, transport, public catering and other related areas.
In this regard, the state is taking measures to support tourism and gradually restore the activities of tourism facilities. The President signed a Decree “On urgent measures to support the tourism sector for reducing the negative impact of the coronavirus pandemic” on May 28 and a Resolution “On additional measures to develop the tourism sector in strict compliance with the requirements of enhanced sanitary-epidemiological security regime” on June 19 this year. These documents introduced a number of preferences for tourism industry to mitigate the effects of the pandemic. In general, Uzbekistan uses modern opportunities for development of tourism in the context of the pandemic.
By the decision of the Republican Special Commission of August 12, the movement of vehicles, internal air and rail traffic is allowed from August 15. Sanatoriums, boarding houses, children’s health camps, hotels, guest houses, beaches, hostels and other places of recreation will resume their activity. This will create conditions for further development of tourism in Uzbekistan.
Today’s presentation provides information about carried out activities and plans.
Tashkent region’s Bostanlyk district has a high tourism potential. However, for many years, the available opportunities have not been fully used. Despite the picturesque nature, favorable climate and opportunity to relax all year round, large-scale and modern projects that can attract tourists to the region have not been implemented. Today, along with the creation of tourist zones, a number of important issues are planned to be resolved in Bostanlyk district.
“Our main goal is, first of all, to ensure the rule of law in tourism, creating spacious, inexpensive, safe and comfortable recreation areas that allow to receive guests all year round. People from all regions of Uzbekistan should come to places like Bostanlyk, and projects implemented here should become an example for other regions”, said Shavkat Mirziyoyev.

According to data, every year our compatriots spend about $1.2 billion on vocations abroad. One of the main reasons for this is the insufficient number of modern tourist complexes in Uzbekistan that meet all the requirements.
To this end, in recent years, large-scale projects have been implemented at the expense of entrepreneurs in all regions of the country, including in Bostanlyk district. In particular, Amirsoy complex has been built and put into operation for the half year. This proved the possibility of implementing ambitious projects.
During the presentation, the Head of the state became familiar with the complex of facilities that will be commissioned in Bostanlyk district in the coming years and made suggestions for their improvement.
This includes the project on creation of Beldersay – Chimgan – Nanay international resort. Its concept and economic model were developed by a consortium of French companies at the expense of FASEP Fund’s grant worth 750 thousand euros.
The total cost of the project is $480 million, including $280 million direct investments. Its main goal is to develop entrepreneurship by increasing the value of land and investment attractiveness of the district.
The project consists of three stages. The first involves the creation of an all-season resort in Chimgan district. It is planned to develop tourism infrastructure, including the construction of suspension bridges, ski trails and attractions, using a soft loan from France in the amount of 48 million euros. As a result, ski tourism will become popular, modern conditions will be created for local and foreign tourists, and entrepreneurship will develop. The launch of the first phase of the project is scheduled for December 2021.
An important requirement of projects is to provide broad opportunities for successful entrepreneurs based on public-private partnership. Additional types of services will be organized on the territory of the tourism zone based on development of goat breeding, camel breeding and beekeeping. Separate land plots on the territory of the resort will be given to young people who will be able to fully implement their ideas for tourism development.
New resorts will appear in the villages around Charvak reservoir. This will help to increase the employment of local residents.
Work is underway in Bostanlyk district to develop tourism and service infrastructure based on empty and inefficiently used facilities. In particular, it is planned to privatize about 80 objects. This will reduce the participation of the state in tourism sector and give an impetus to development of private entrepreneurship. It is planned to create up to 15 thousand new jobs. Due to increased competition, reasonable prices for services will be formed.
Information was also provided on efforts to identify and register entities that operate illegally.
In particular, orom.uz mobile app and a single electronic platform have been developed to simplify the accounting of taxable items in Bostanlyk district. More than 3,7 thousand landlords are registered through it. In addition, strong points were created and more than 16 thousand objects were inventoried. As a result, tax revenues increased almost 3 times compared to the same period last year.
Measures are also being taken in the district to develop and repair road infrastructure. In particular, highways have been repaired, drainage pipes have been laid to divert ground water and more than 10 kilometers of pedestrian paths have been built.
The President noted the need for building and repairing roads based on well-thought-out and cost-effective projects. Increasing the flow of tourists also requires rational waste management. It is estimated that an average of 102 tons of household waste per day is generated in Bostanlyk district. Unfortunately, due to the low level of recreation culture, waste is not collected and left in nature.
To solve this problem, improve the cleaning system of territories, it is planned to increase the number of waste collection units and the number of special equipment, as well as to establish the work of eco-Inspectorate. As a result, the entire territory of the district will be covered by sanitation services. Constant control over the visitors’ compliance with the requirements of cleanliness and environmental protection will be established.
Work is also underway to improve drinking water supply and sewerage networks in Bostanlyk district. Since the beginning of the year, 7.6 kilometers of drinking water supply networks, pumps and water towers have been built. In the next two years, it is planned to lay 36 kilometers of water pipes, 3.5 kilometers of sewage and about 10 hydraulic and sewer structures.
Special attention is paid to improving the district’s electricity supply. The President instructed to repair the existing electricity networks, build facilities for generating electricity from water, wind and solar energy, and provide 50 percent of needs of tourist sites with these sources.
The project of creating mobile recreation centers based on light structures on mountain slopes, lands of forest and water resources has been considered. The Head of the state stressed the importance of fair allocation of land through electronic auctions, increasing the responsibility of land users for activities that are harmless to nature.
In order to develop district as a full-fledged tourism zone and successfully implement the planned projects, the President suggested as an experiment, to the Deputy Prime Minister, Chairman of the State Committee for Tourism Development of the Republic of Uzbekistan, to assign the task of parallel management of Bostanlyk district.
Instruction was given to double the tourism potential of the district by expanding the influx of tourists and types of services provided in the next two years. 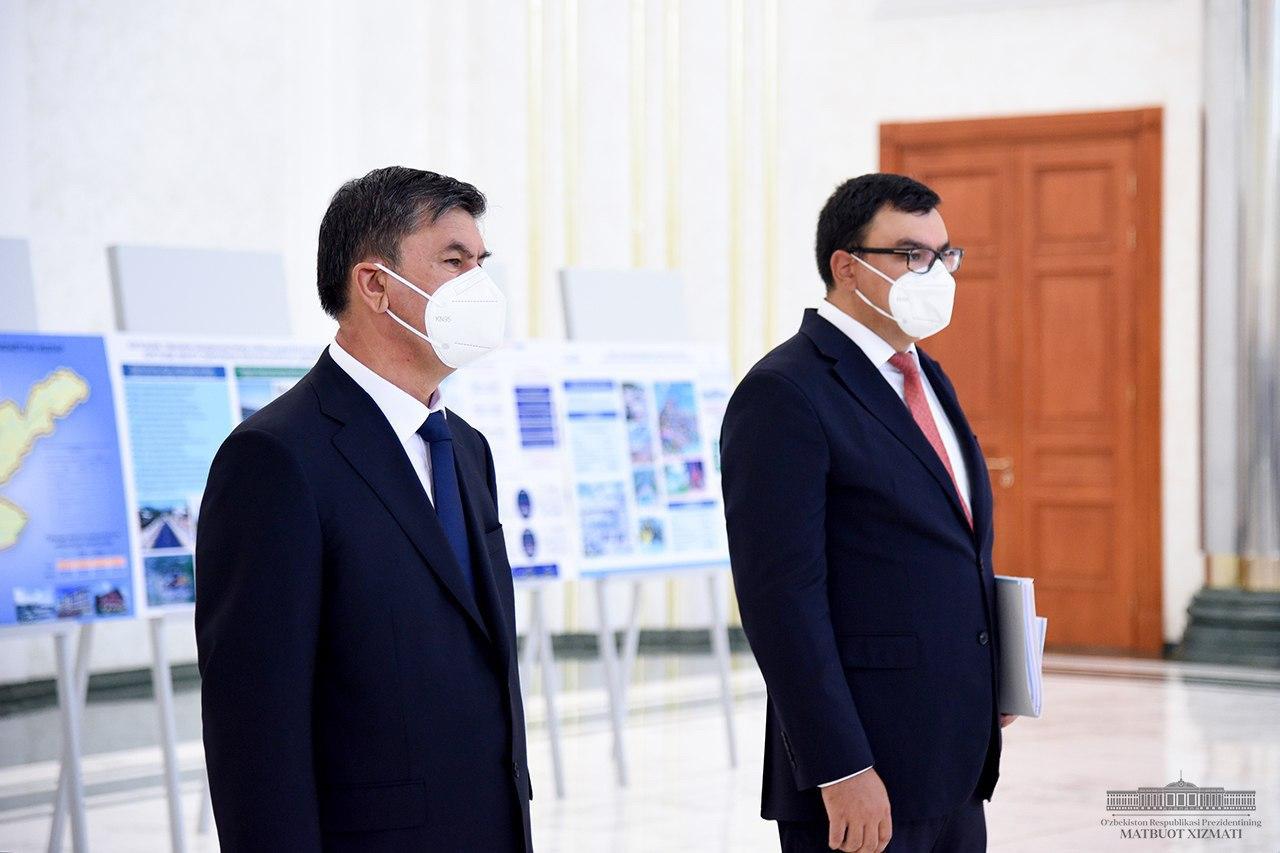 The process of introducing ID cards instead of 2011 biometric passports will begin starting 2021.

Science and culture in Amir Temur and Temurids era

Founder of the Association for Timurid Art and History in France Mrs. Frederique Bressand in […]

On April 5-10, 2019, Termez city of Surkhandarya region will host the first International Bakhshi […]