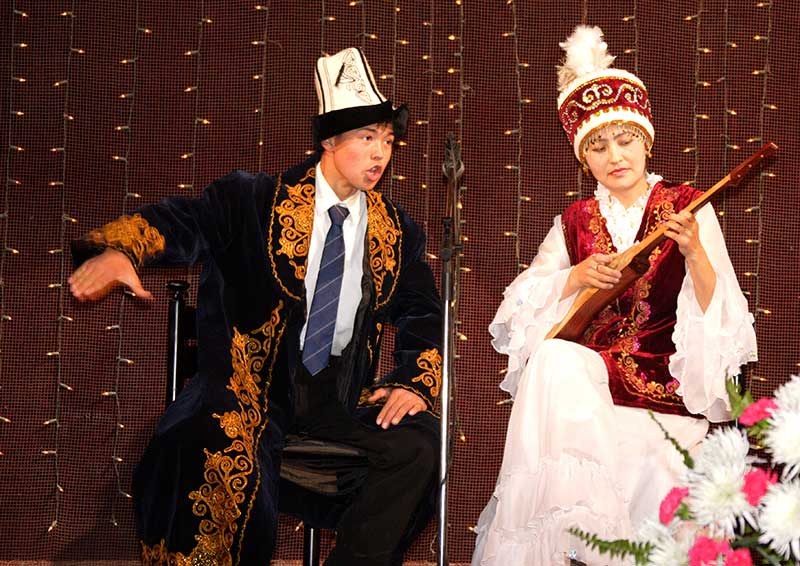 Developing the national culture, traditions, customs, language, here, oral folk arts, the perl of national and world culture—the epos “Manas” is not left out in the cold. Regularly the traditional competitions of akyns are carried out, books presentations, meetings with eminent figures of culture, science and art of Uzbekistan and Kyrgyzstan are conducted. The center has repeatedly received the outstanding writer, the classic of world literature, international public figure Chingiz Aytmatov, who was awarded the highest award of Uzbekistan—the order “Buyuk hizmatlari uchun”. With the participation of the Kyrgyz cultural center in Tashkent the book of memoirs “Chingiz Aytmatov: forever in the memory of Uzbek people” has been published. 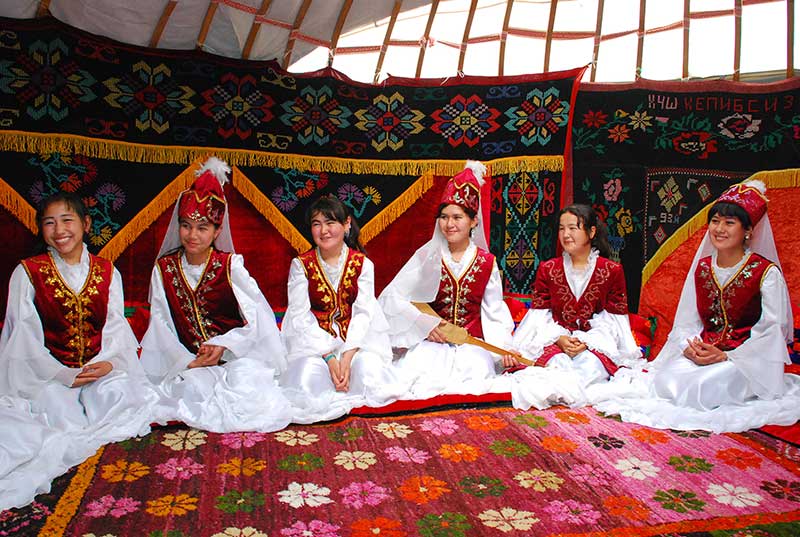 National holidays, in many ways similar to Uzbek ones, are celebrated interestingly and colorfully in the center. Among them there are Navruz, Orozo-ayt, Kurban-ayt. Thanks to the center, the ancient folk customs are like reborn: beshik-toy—the feast of the placing the child in the cradle, tusho-kesu—feast, when the child takes its first steps, and others. And the Days of Independence of Uzbekistan and Kyrgyzstan are always bright holidays of the Uzbek-Kyrgyz friendship.
During mass folk festivals and celebrations the ancient and modern Kyrgyz songs and dances performed by the folk ensembles organized at the centers, including “Dustlik” and “Jash kiyal” in Andijan, “Manas” in Jizzakh, “Manas” in Namangan and the people’s “Jan-Janay” in Sirdarya are of great success. 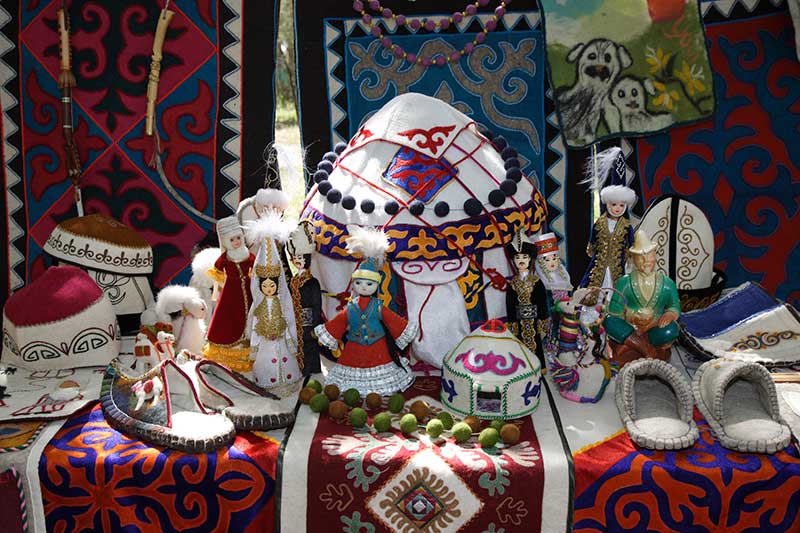 The main emphasis in the work the Kyrgyz cultural centers give to the younger generation. In Uzbekistan today there are 60 schools with Kyrgyz language of education. The preparation and publication of textbooks in the Kyrgyz language for these schools is made by one of the editorial offices of the Publishing and Creative House “Uzbekiston”. Annually, the teachers of Kyrgyz schools, including the activists of the centers, participate in the Republican competition for the title of the “Best teacher of the year”, always taking the prize places.
TV programs “Aychurek”, “Yagona oilada”, radio programs “Eleman”, “Min kiyal” of the National TV and radio broadcasting company of Uzbekistan, broadcasting in Kyrgyz and other languages tell about the life of Kyrgyz people in Uzbekistan.