Russian cultural center of Uzbekistan established in 1994 plays the important role in careful preservation of spiritual values of Russian culture, language, traditions, customs, development of friendship and cooperation on this basis.
All 20 divisions of the center—in all areas and many cities across the country—work in areas such as social, educational activities, cultural-public, methodical work, legal aid, spiritual and moral education. 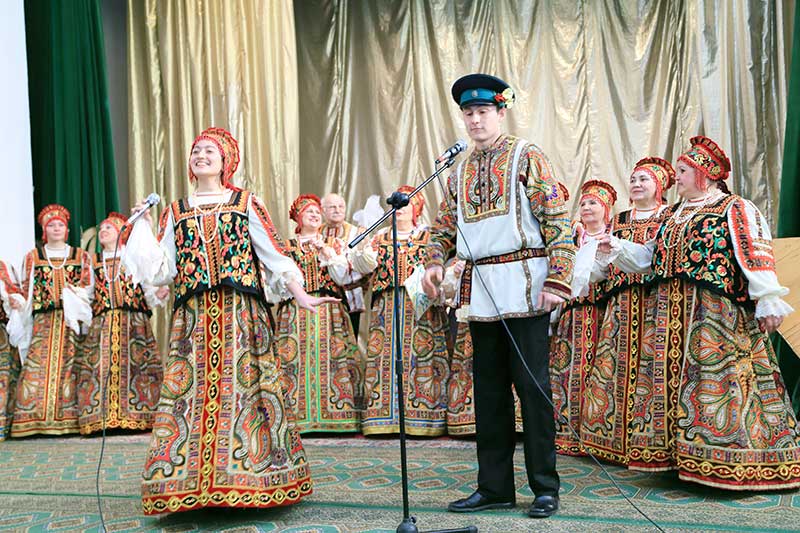 In public organization, the doors of which are open to all, the Days of Slavic written language and culture, many republican scientific-practical conferences and seminars on issues of interpenetration of national cultures, the contribution of Russian scientists, poets, writers and artists in the development of the region, the Russian-Uzbek relations in the context of the centuries-old retrospective are held. According to the materials of conferences the scientific works are published. 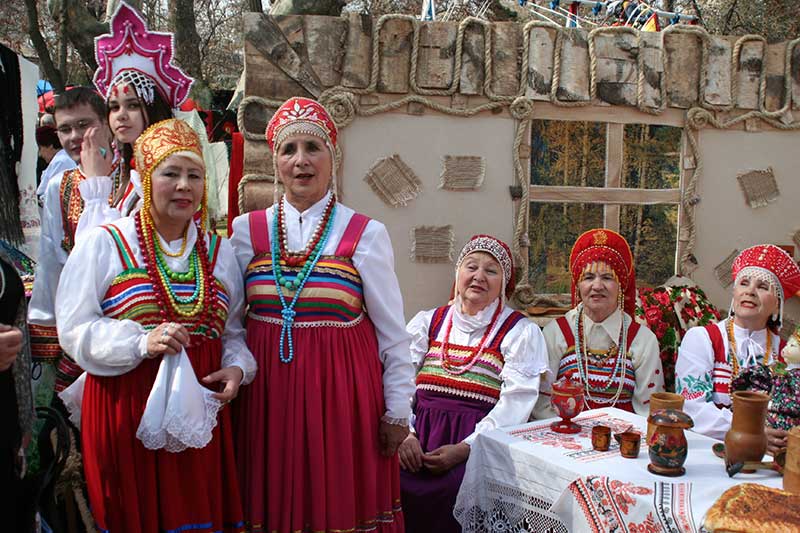 With the participation of the core group the international “Vinogradov’s readings”are performed. The center initiated the meeting at the monument to Alexander Pushkin, Yuri Gagarin and Konstantin Tsiolkovsky. Competitions and festivals, including “Play, the accordion!,“Ring, the Golden Russia!”, “Choral marathon”, evenings of Russian-Uzbek friendship are widely popular, and the “Decade of good deeds” reflects the centuries-old tradition of the people—of mercy and charity. The division of the center “Young generation” annually arranges the Pushkin’s ball and many other theme nights. For many years under the center the chapel “Veteran”, the choir “Melody”, the history club, creative association: “Solo”, “Meeting with spiritual heritage”, literary living room “Silver century”, the clubs: of author’s song “Orpheus”, “Danko”, “Literary and spiritual heritage”, the youth literature and music saloon, the Center of Russian language and literature, the Museum club of Anna Akhmatova “Mangalochy patio” operate.
In the implementation of its numerous projects, the center relies on the support of state and public organizations of Uzbekistan, including the Friendship Society “Uzbekistan–Russia”, Russian Academic drama theatre of Uzbekistan, Tashkent state theatre of musical comedy, the Museum of Sergei Yesenin, Tashkent and Uzbekistan diocese of the Central Asian Metropolitan district. Being the bridge of friendship between the two countries, the center works closely with the Embassy of the Russian Federation and with the representative office of Russian Cooperation in Uzbekistan.
The representatives of different nationalities are actively involved in the work of the center. This suggests that the activity of the center is popular and in demand by the multinational community of the country.