The ancient history of the Greeks in Uzbekistan is associated with the occurrence of Alexander the Great in the East. But with the entry of southern regions of the country in the state of the Seleucids, Greco-Bactrian and the Kushan Empire the new artistic culture arose—the Eastern Hellenism, the synthesis of Hellenistic and local traditions. 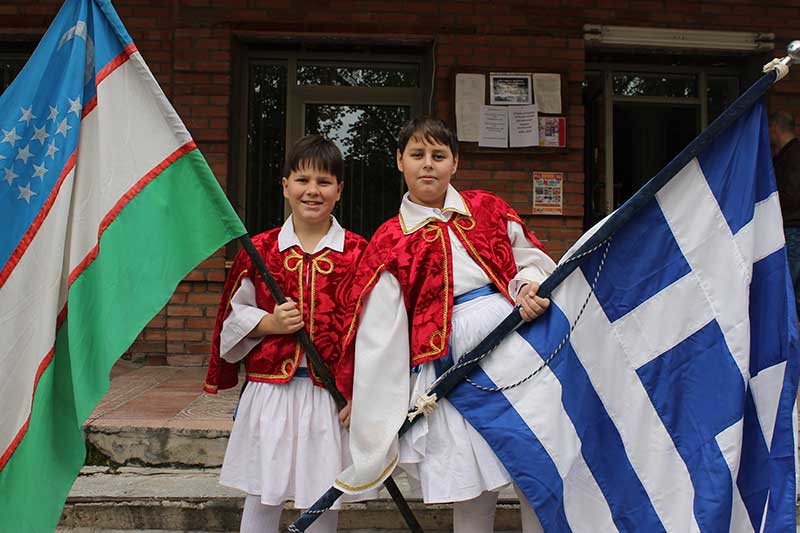 However, the history of the Greeks living in Uzbekistan is stipulated by the events of the Second World War and first postwar years. The sons of ancient Hellas arrived in Uzbekistan and fought against fascism for the freedom of its people, in 1964 in Tashkent created Tashkent city association of Greek political refugees. The decision of Diaspora on March 4, 1997 it was reorganized to the Tashkent city association of Greek culture. Since then and until now—as the testament of fathers and grandfathers—within the bounds of the association of culture the relay race on preservation of native language and traditions is continued.
In the building of the cultural center, built in 60s of the last century by collective method of khashar, today there are different clubs: of Greek language, popular among representatives of different nationalities of all ages, of the national instrument bouzouki and guitar, of traditional Greek cuisine, of drawing—with the support of the master of painting of Uzbekistan Janis Salpinkidi and his pupils, the dancing ensemble “Sirtaki”. Its repertoire includes both many Greek folk dances—sirtaki, colomantianos, kochari, zimbekiko and the dances of other peoples of the world, including those Uzbek, and of all regions of the country. International team “Sirtaki”, the laureate of the republican festival of friendship and culture “Uzbekistan is our common home”, is the indispensable participant of all state and national holidays. 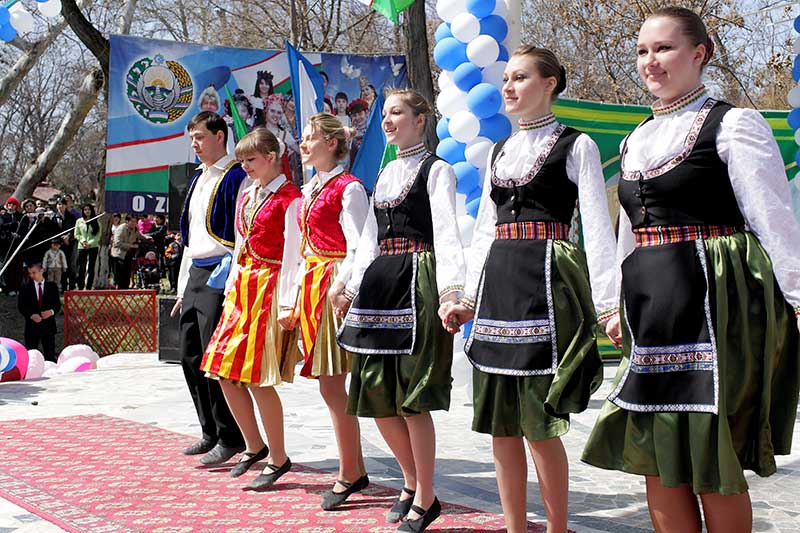 The traditions of the association include joint celebration of Independence Day of Uzbekistan and Greece, the Day “Okhi!”—Greek “No!” to fascism, the orthodox Easter and Christmas with other national cultural centers.
Regular meetings with the elders of the Diaspora became the special event. They share the memories of their glorious past labor: the development of the Hungry steppe, the construction of the stadium “Pahtakor”, housing estate Chilanzar, and other objects. Proud of the high assessment of their creative work by the Uzbek people, they are thankful for the hospitality and brotherly help. 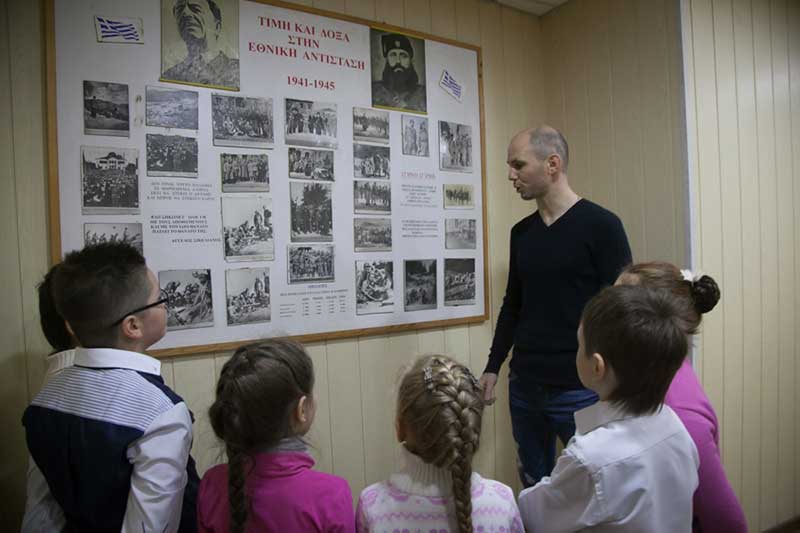 The inspired work of the Tashkent Greek culture association, popularly called as the Club of fiery hearts of the descendants of the Hellenes, the heart and soul of all the Uzbekistan Greeks is the good example of careful conservation of cultural heritage of the diaspora in Uzbekistan.