On March 3-4, 2022, Tashkent will host a high-level international conference on the topic: “Regional co-operation among the states of Central Asia in the framework of the Joint Plan of Action for the Implementation of the UN Global Counter-Terrorism Strategy“.

This conference is organized under the practical implementation of the initiative put forward by the President of the Republic of Uzbekistan Shavkat Mirziyoyev at the 75th session of the UN General Assembly. Speaking to the world community, he noted the strengthening of fruitful cooperation in the field of ensuring security in Central Asia and proposed to consider at the international conference results achieved and prospects for cooperation within the framework of a unique regional Joint Plan of Action for the implementation of the UN Global Counter-Terrorism Strategy (JPoA).

The relevance of this initiative is due to the understanding that terrorism and violent extremism continue to pose a large-scale threat to the world. The consequences of the coronavirus pandemic have further complicated socio-economic problems and caused risks to exacerbation of various social, ethnic, religious and other conflicts. This situation, in turn, is fertile ground for the spread of ideas of extremism and terrorism. 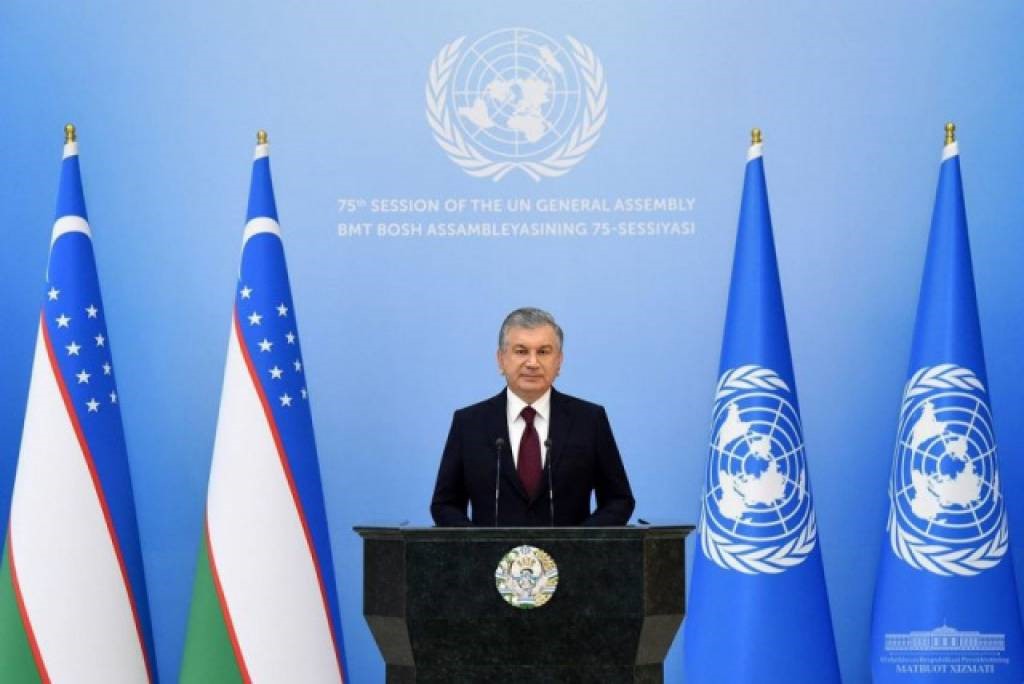 In this regard, Central Asian States are committed to continuing the joint implementation of the UN Global Counter-Terrorism Strategy.

The international conference of Tashkent sets the following goals and objectives:

– summarizing results of 10-year cooperation within the JPoA in Central Asia for the implementation of the UN GCTS;

– discussion of co-operation trends and prospects in the field of combating terrorism;

– approval of the updated JPoA based on the recommendations of the Central Asian States and the latest seventh review of the UN GCTS;

– practical experience exchange on the implementation of the UN GCTS in Central Asian countries and the world;

– discussion of specific issues related to the process of countering terrorism and consideration of ideological, organizational, legal, psychological and technical aspects of the fight against terrorism, as well as issues arising from the implementation of the UN GCTS in the states of Central Asia;

– exercising a unified UN GCTS-based approach to countering terrorism. Raising awareness of representatives of foreign countries about the efforts of the UN, Uzbekistan and other Central Asian States in the field of combating terrorism;

– presentation of successful outputs of the regional policy of Central Asia in ensuring security and combating threats of international terrorism, including contribution of civil society institutions, think tanks and independent researchers.

The Ministry of Foreign Affairs of the Republic of Uzbekistan, the Institute for Strategic and Regional Studies under the President of the Republic of Uzbekistan (ISRS), the UN Regional Center for Preventive Diplomacy for Central Asia (UNRCCA), the UN Office of Counter-Terrorism (UNOCT) and the Organization for Security and Cooperation in Europe (OSCE) are the conveners of the event.

The High-level International Conference, organized in a “hybrid” (online and in-person) format, is expected to be attended by more than 600 participants, including the representatives of the United Nations Global Compact for Counter-Terrorism Coordination, donor countries of the United Nations Global Counter-Terrorism Strategy, high-ranking officials of international and regional organizations, the leadership of the UN, OSCE, EU, UNRCCA, SCO, CIS ATC as well as experts from the states of Central and South Asia, representatives of civil society and academia.

Participants are expected to have a welcoming address from the President of the Republic of Uzbekistan Shavkat Mirziyoyev and the UN Secretary-General António Guterres. The OSCE Secretary General Helga Maria Schmid, Under-Secretary-General for Counter-Terrorism, Head of the United Nations Office of Counter-Terrorism (UNOCT) Vladimir Voronkov, Special Representative of the Secretary-General for Central Asia, Head of the United Nations Regional Centre for Preventive Diplomacy for Central Asia (UNRCCA) Natalia German, Ministers of Foreign Affairs of the Central Asian countries will also take the floor in the opening ceremony.

The respectable composition of the participants will allow the discussion of regional co-operation in the fight against terrorism and violent extremism within the four main areas of the UN GCTS.

Following results of the discussions, the adoption of the updated JPoA for the implementation of the UN GCTS and its co-ordination with all stakeholders, including representatives of the Central Asian States and the UN, as well as the Tashkent Declaration, confirming the commitment of the countries of Central Asia to further co-operate within the framework of the newly updated JPoA, are envisaged.

Bus and rail routes to Tajikistan to be restored

Alisher Navoi and the 21st century

The Times considers Uzbekistan one of the best places for tourism

The UK’s The Times has published an article titled “Where is hot in May?”, which […]